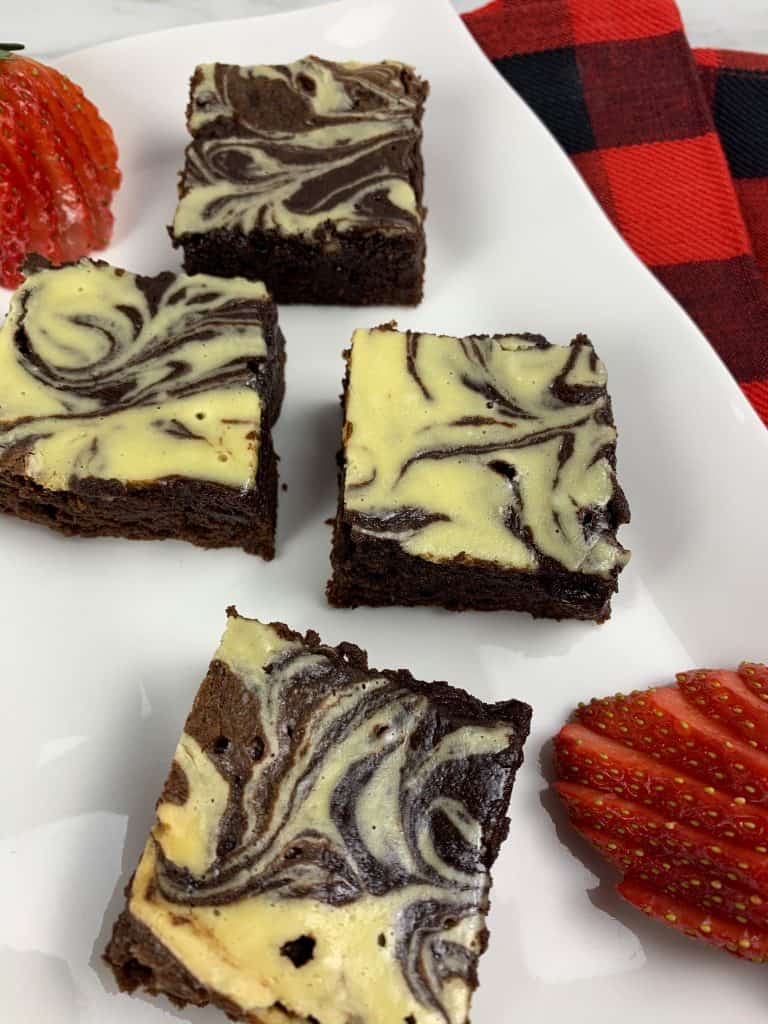 Who is in the mood for something decadent and chewy? These Slow Cooker Cream Cheese Brownies are creamy and chocolaty. When I think of brownies, these are the types of brownies I want. And the fact that they can be in the slow cooker makes me even happier. I mean, it’s not every day that you get to make brownies in the slow cooker. The next time you’re looking for an easy brownie recipe that’s pretty much hands-off, give this one a try! 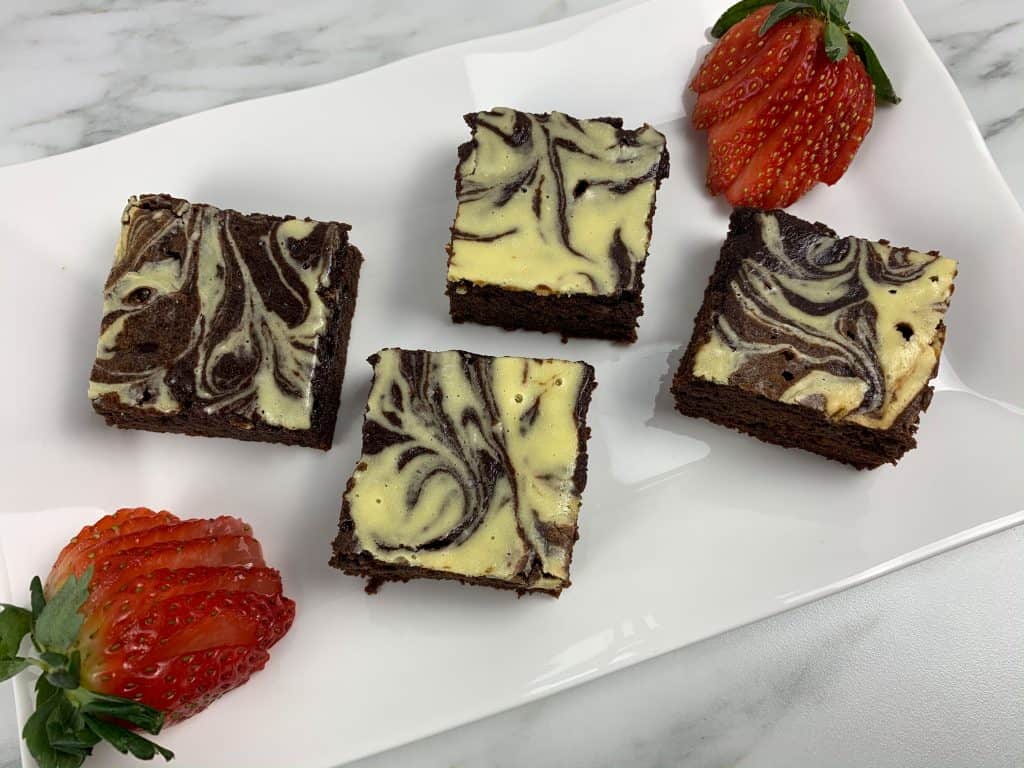 If you have never had cream cheese in your brownies, it’s a game-changer. I’ve always enjoyed cream cheese brownies better than regular ones because they take the brownies to whole new heights. Make these brownies and see exactly what I mean.

Being able to make these brownies for any occasion always makes me super happy. I can take them to a potluck or I can make them for our own house and everyone loves them. You’ll also be happy that these are budget-friendly and perfect for any household budget. 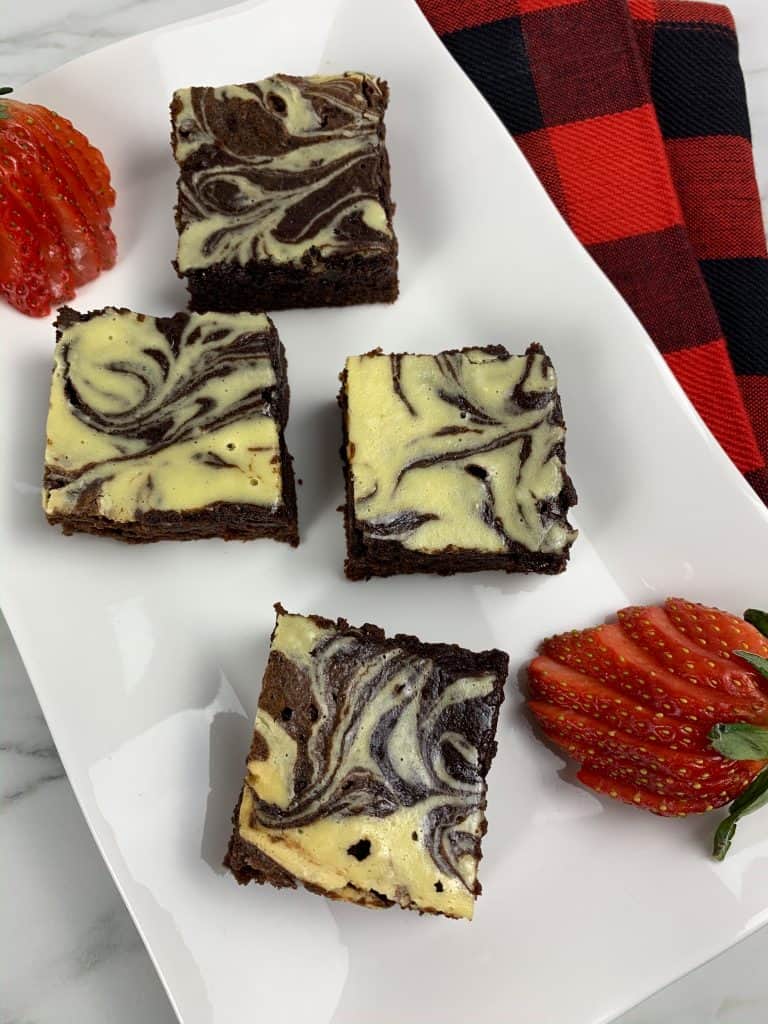 The really cool thing about these brownies is being able to make it in the slow cooker. I have many recipes that I make in the slow cooker, but this is my favorite by far. Just the idea of not having to turn on the oven makes me super happy! 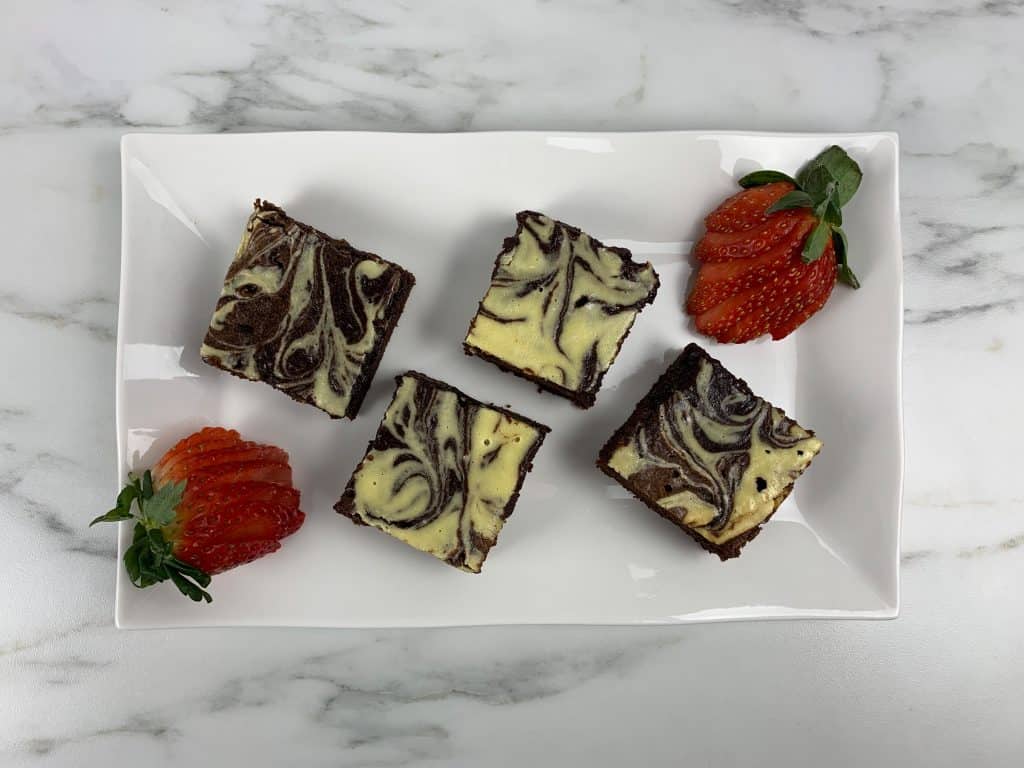 Can You Cook with Cream Cheese?

Since this Slow Cooker Cream Cheese recipe calls for cream cheese, you may be wondering if you can even cook with cream cheese. The answer is yes! You can make brownies, cookies, frostings and much more. If you can dream it, then you can make it! 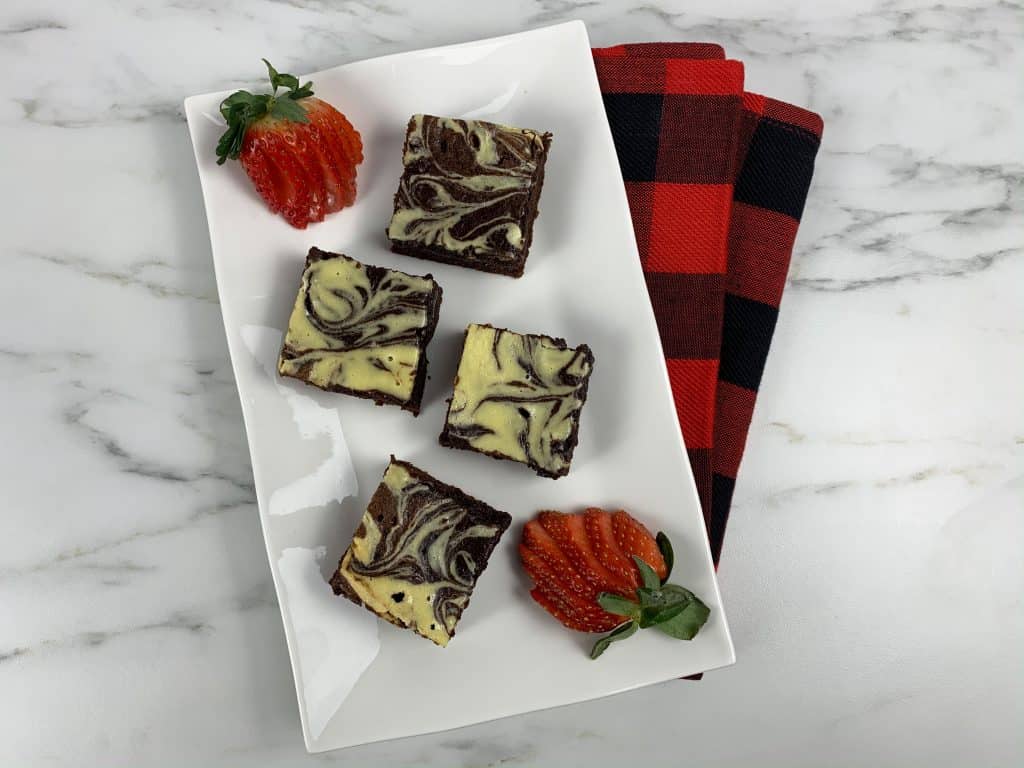 How Do I Store Slow Cooker Cream Cheese Brownies?

When it comes to making foods that have cream cheese in them, they always do better in the fridge. If a recipe only has a small amount of cream cheese, then it doesn’t need to be refrigerated. Keep this in mind so you can decide if you should put the brownies in the fridge or on the counter. 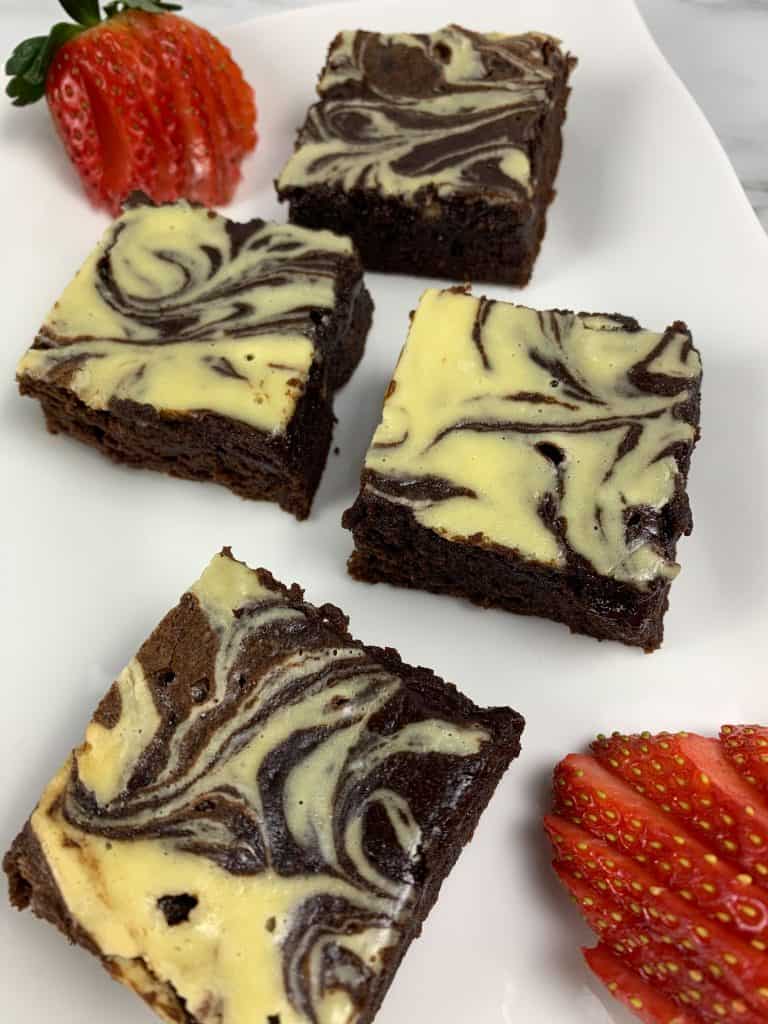 Can Cream Cheese Brownies Be Left Out?

If you wanted to leave cream cheese brownies out for a day or two that would be fine. Long term though, you’d want to store them in the fridge. You can even freeze these brownies and they would taste delicious. Just make sure you wrap them tightly so no air gets to them. Items like brownies should always be kept in airtight containers so bacteria cannot grow. 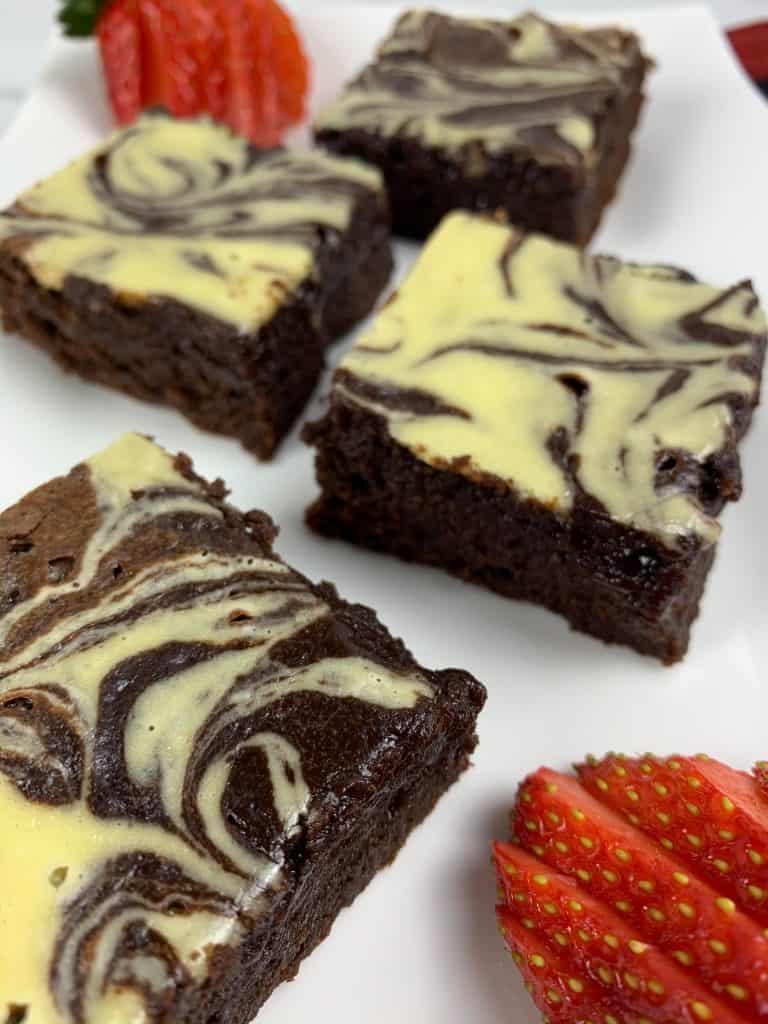 Do you plan on making these Slow Cooker Cream Cheese Brownies? I can’t wait to make them again. I always have a nice big glass of milk with my brownies. What’s your favorite part of eating brownies? I’d love to know! 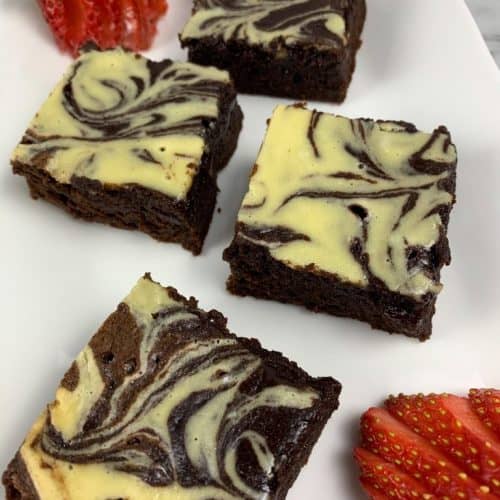 Hey, I'm Wendy! A Southern mama who loves easy recipes and feeding my family on a budget.

If you are looking for my most popular recipes this is the place to get them!

This website uses cookies to improve your experience while you navigate through the website. Out of these cookies, the cookies that are categorized as necessary are stored on your browser as they are essential for the working of basic functionalities of the website. We also use third-party cookies that help us analyze and understand how you use this website. These cookies will be stored in your browser only with your consent. You also have the option to opt-out of these cookies. But opting out of some of these cookies may have an effect on your browsing experience.
Necessary Always Enabled
Necessary cookies are absolutely essential for the website to function properly. This category only includes cookies that ensures basic functionalities and security features of the website. These cookies do not store any personal information.
Non-necessary
Any cookies that may not be particularly necessary for the website to function and is used specifically to collect user personal data via analytics, ads, other embedded contents are termed as non-necessary cookies. It is mandatory to procure user consent prior to running these cookies on your website.
SAVE & ACCEPT